In 1782, the families of Austin and Crossley were the first white settlers in Shickshinny. The first permanent settler in the area was Ralph Austin. At this time, Shickshinny was under the jurisdiction of Connecticut. In 1801, Shadrick Austin bought the 256 acres (104 ha) of land.

A farm, which encompassed nearly the entire current-day borough, was established by Matthias Hollenback. By this time, it was under the Pennsylvania claim. The land was later inherited by his daughter, Cist Hollenback, who married Chester Butler. In 1857, upon C. Hollenbeck's death, the land was divided and sold to the proprietors of the Shickshinny Company: George W. Search, Lot Search, Nathan Beach Crary, and Nathan Garrison. Walter Garrison bought the corner where the modern-day bank is located. Lot Search held the position of Luzerne County treasurer in 1855 and maintained it for two years.

N. Garrison and Andrew J. Eldon built the first store, located outside the old storehouse, in June 1857. But a few months after the store opened, Eldon fled to China with $3,000 of Garrison's money. It was reported that Eldon was lost in a storm at sea and drowned from the weight of gold in his pockets. The business soon closed and was bought by Nathan B. Crary. A drug store opened at the same time. It was run and managed by Stephen Bond.

Completed in 2022, the building is now home to both organizations with an unbelievable museum displaying local and regional historic memorabilia, a full-service children's library, and business space. Needless to say, this has been a monumental task and has taken the support of numerous volunteers from both organizations.

If you would like to volunteer your time or services or make a monetary donation for the upkeep and maintenance of this magnificent building, please contact the Historical Society at (570) 542-7458 or James Bach of the Business Association at (570) 905-7519

Museum tours are by appointment only. Groups are welcome! Please call (570) 905-7519 to arrange your visit.

Magnets, stickers, coffee mugs and many more promotional items available at Redbubble.com
100% of the proceeds benefit the FLT Children's Library 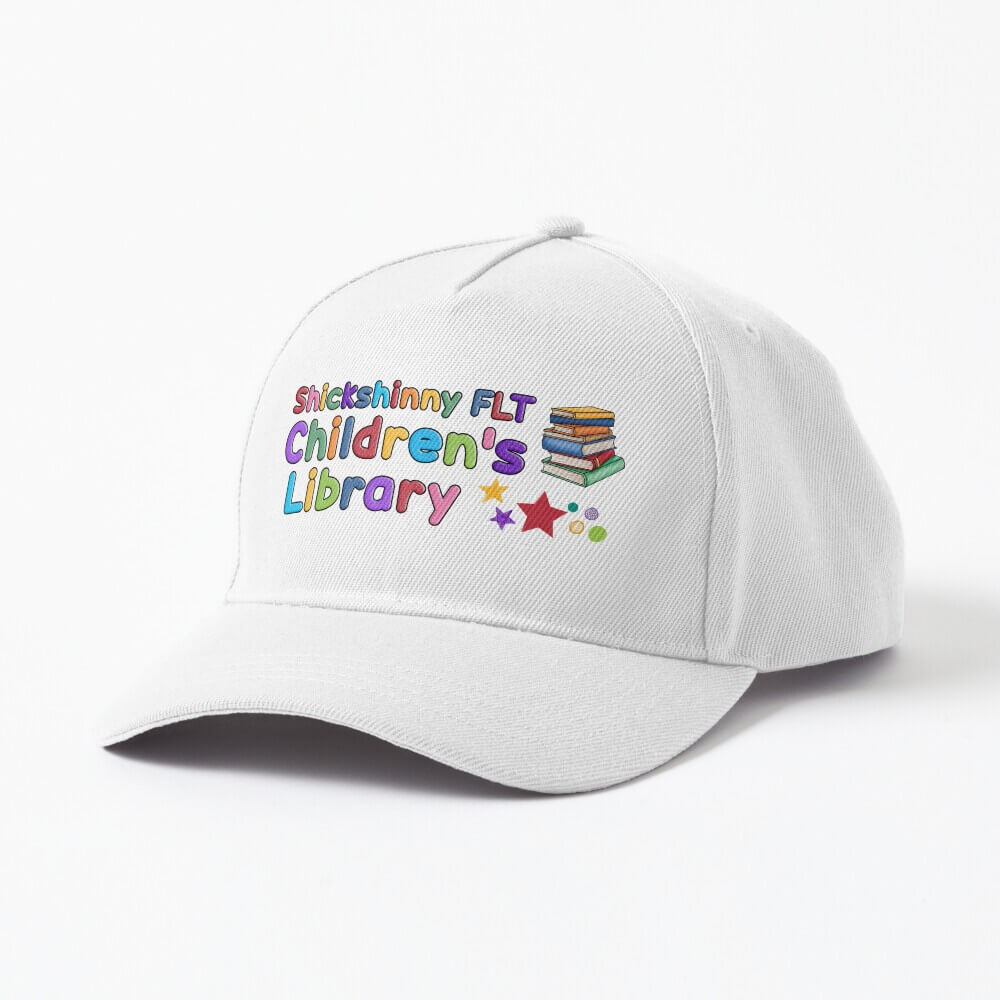 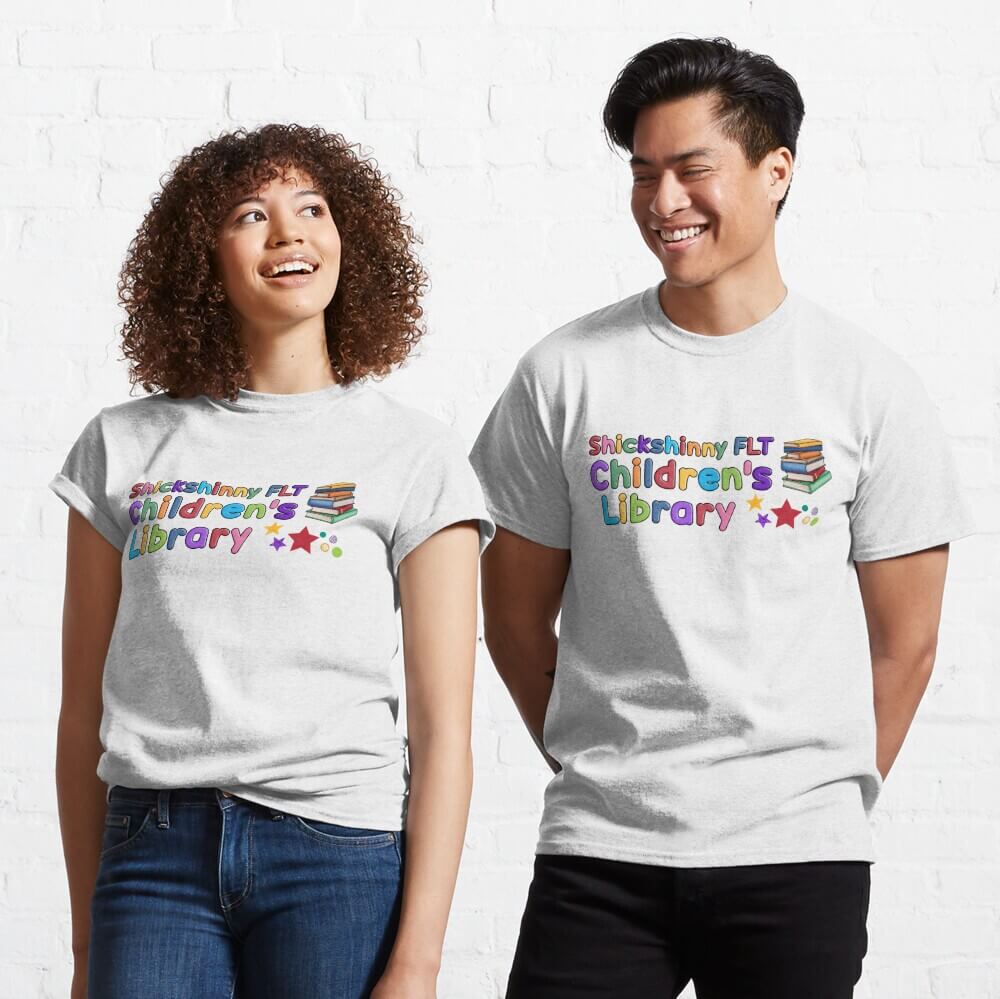 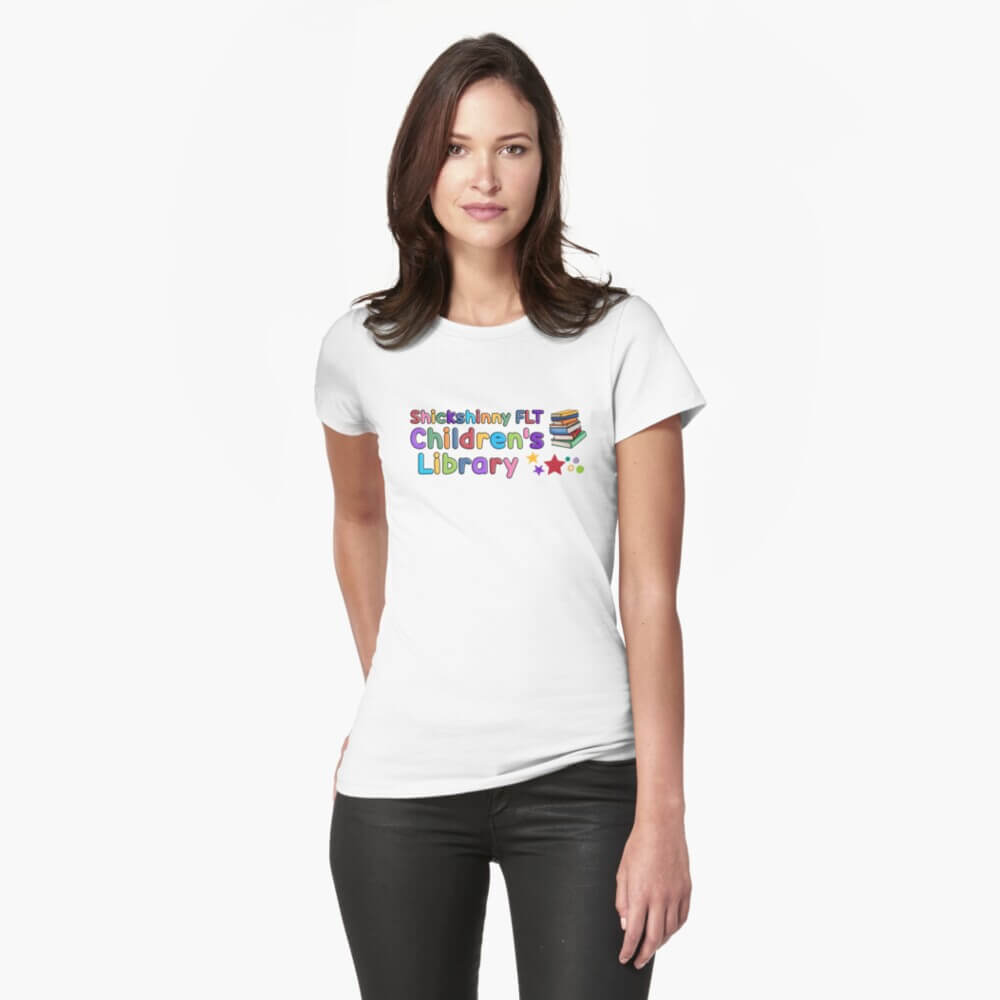 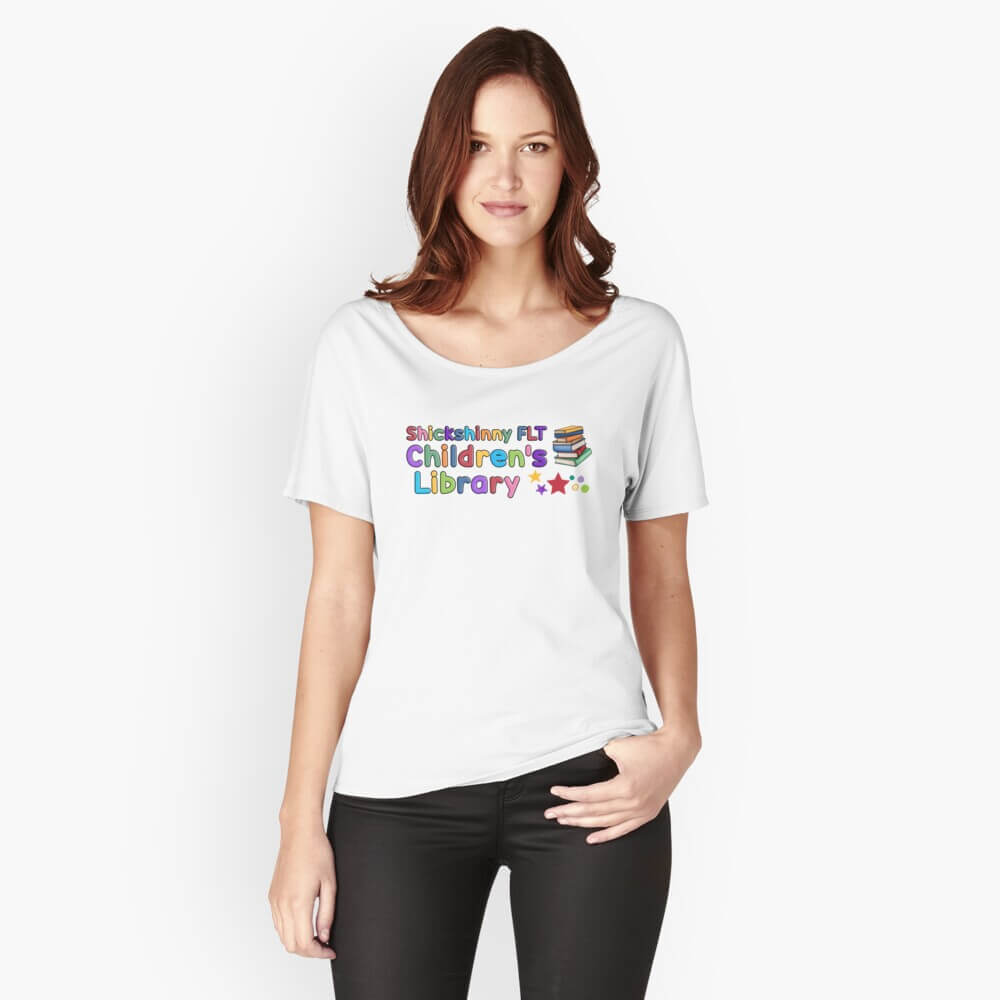 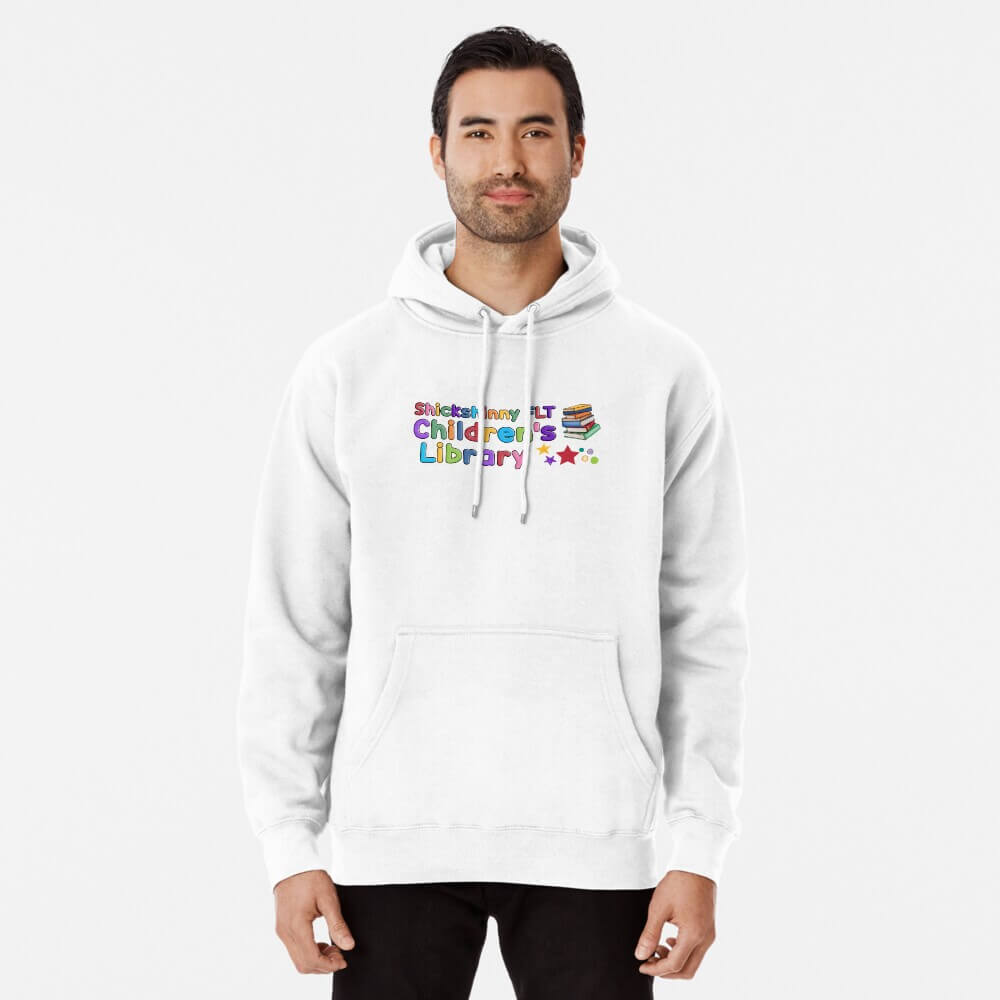 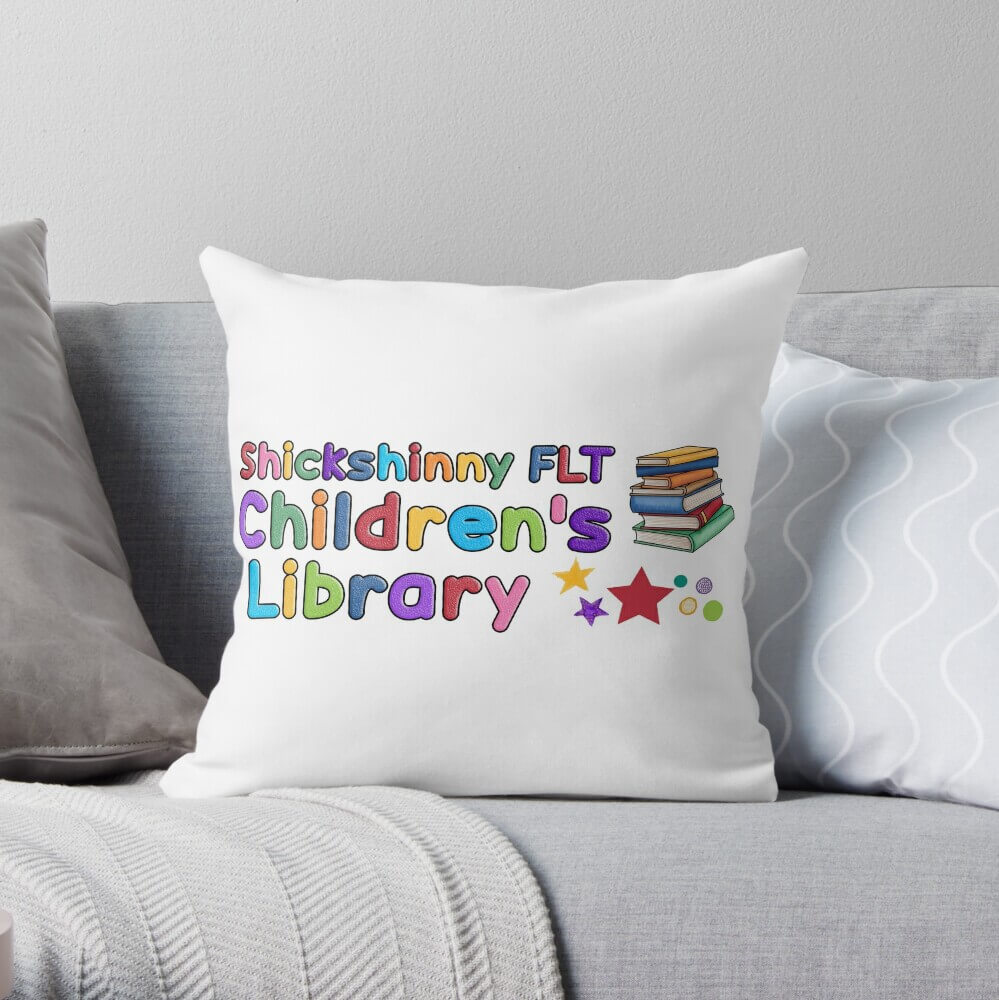 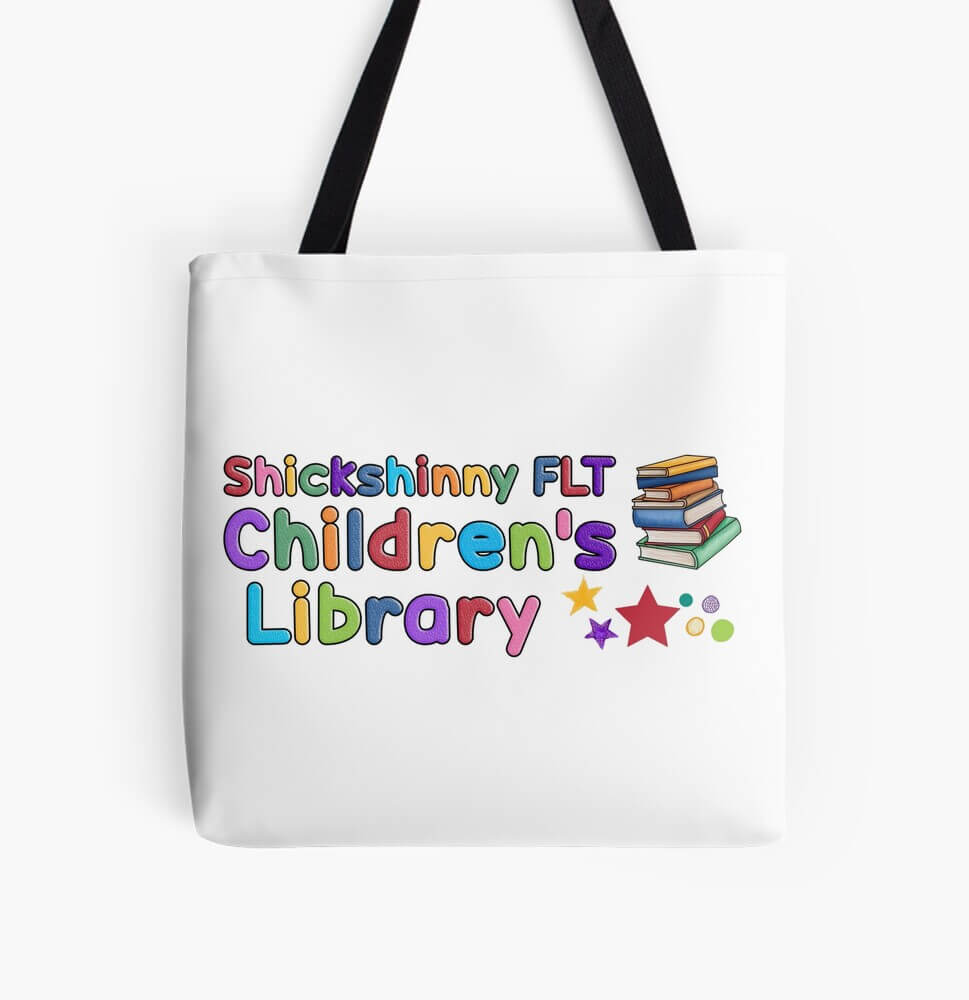 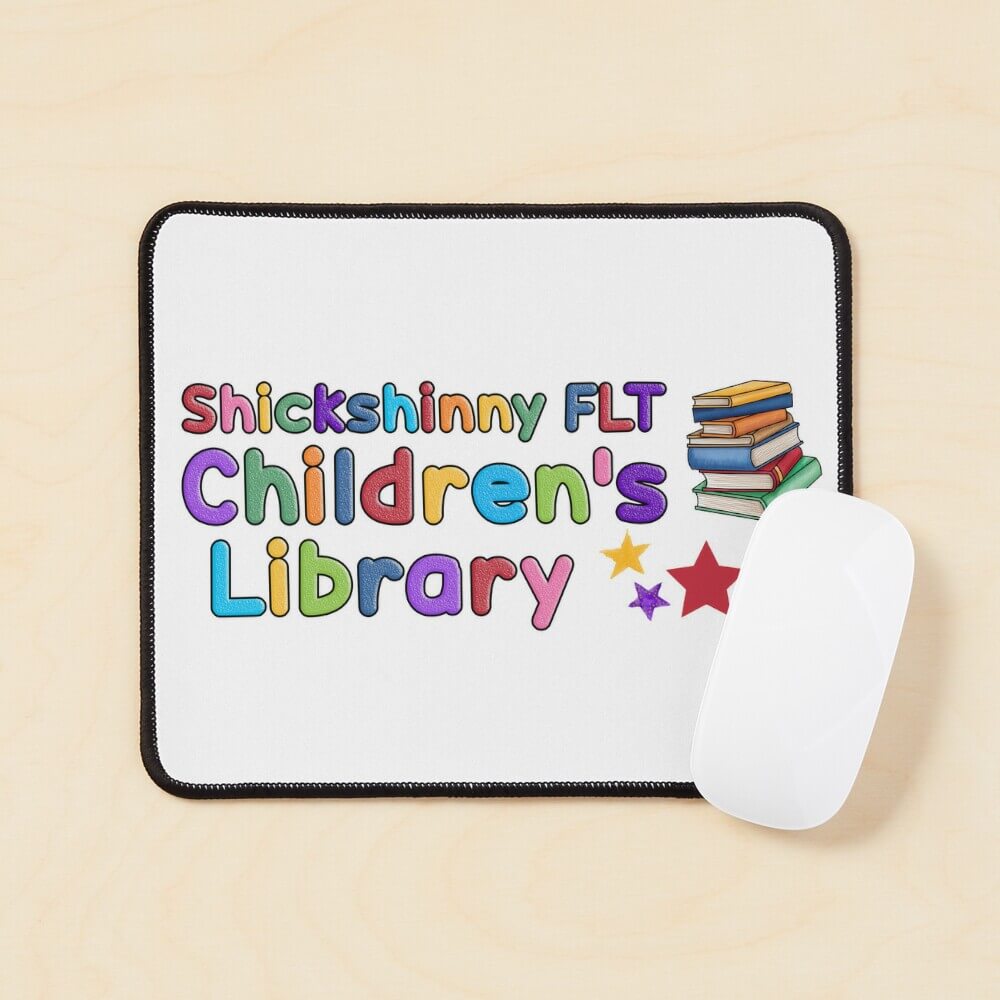 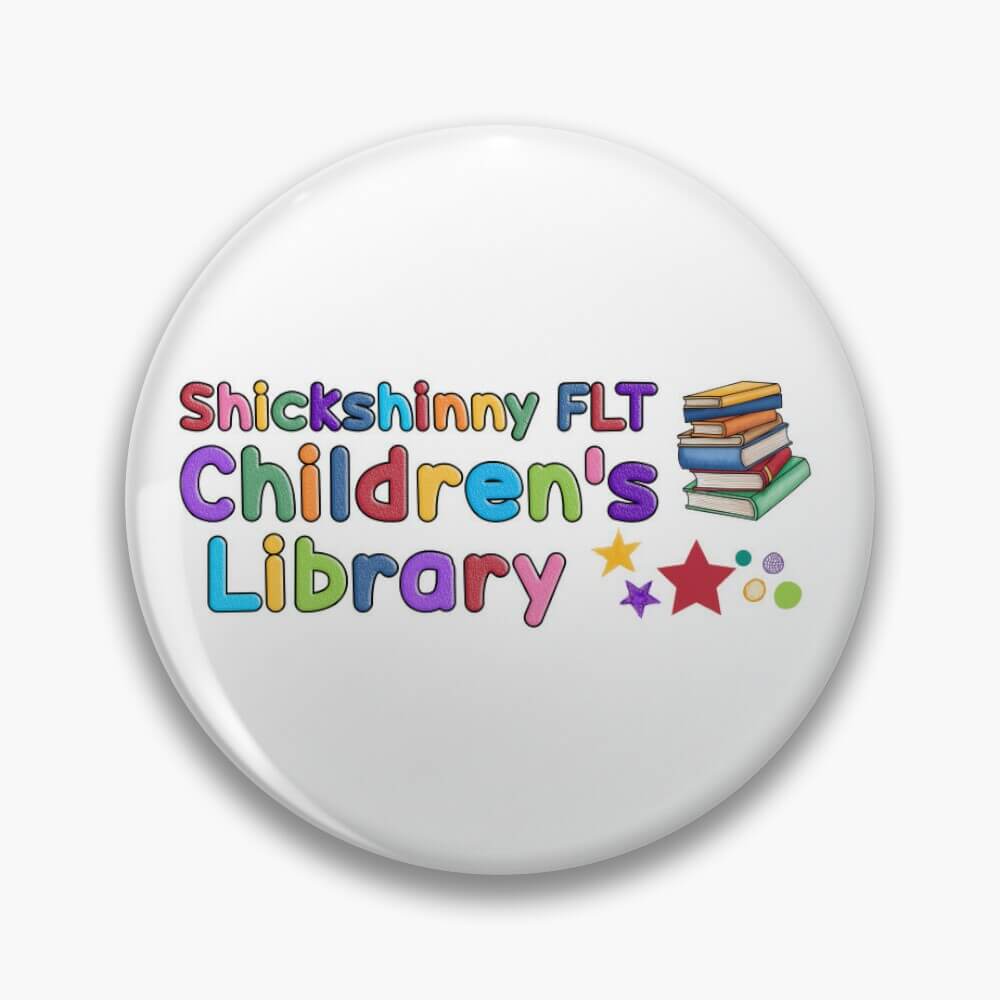 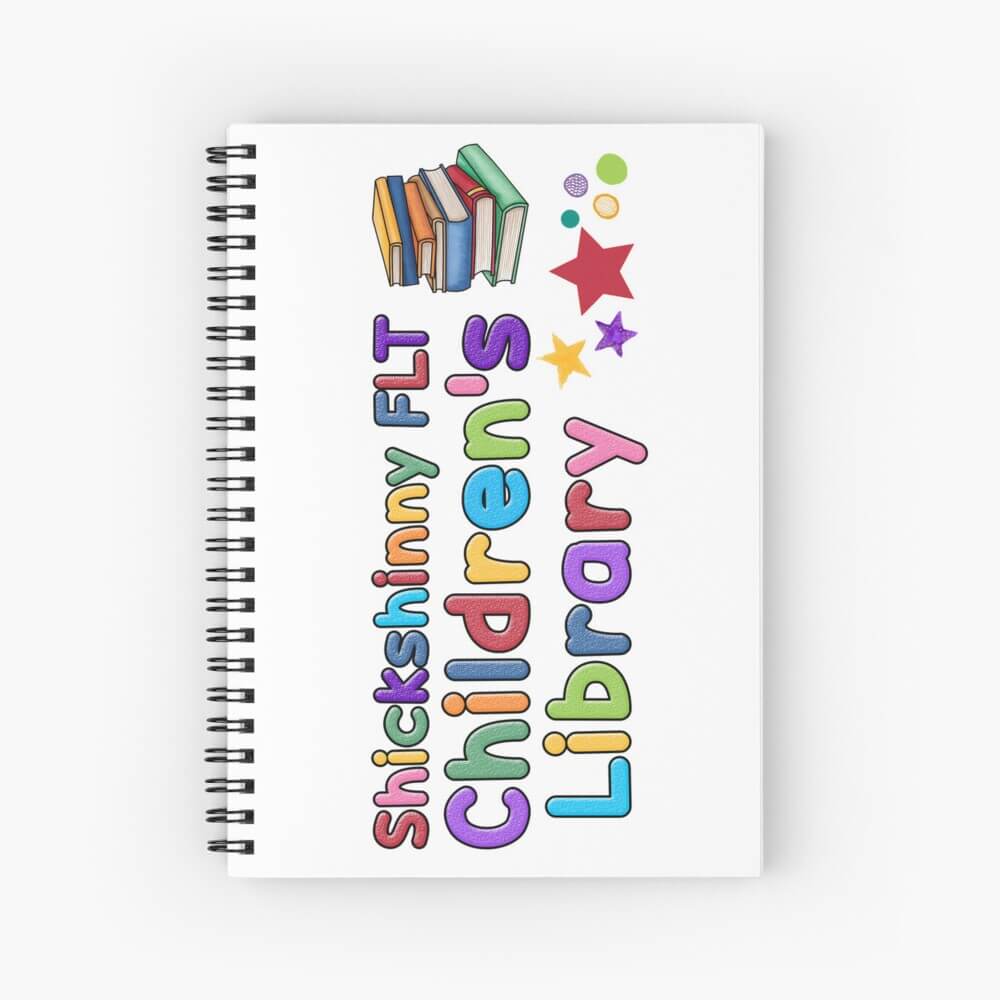 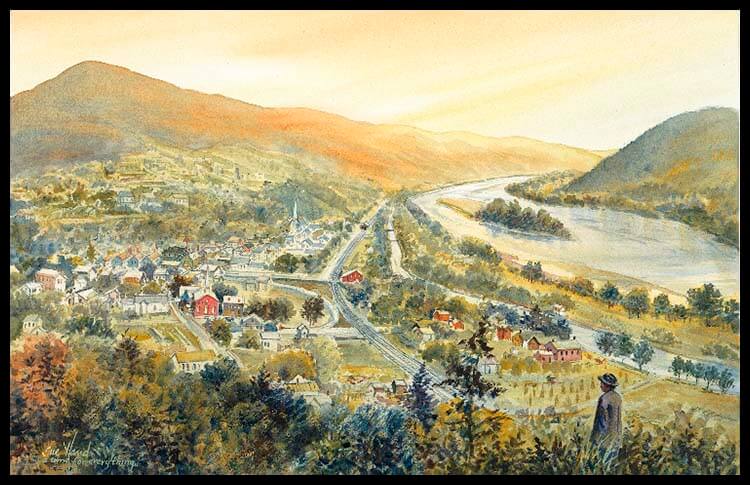 Limited edition signed and numbered lithograph reproduction of original painting based on photographic reference, circa 1900. 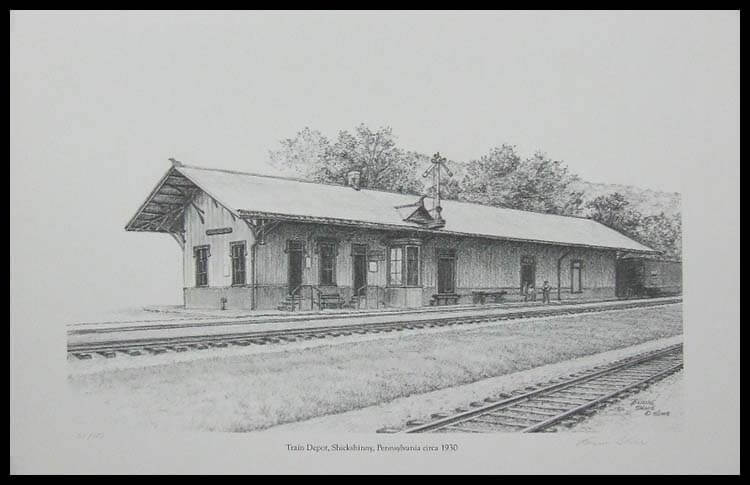 This depot was owned by the Delaware, Lackawanna and Western Railroad Company. It stood near the present site of the Susquehanna Warrior Trail parking lot on Susquehanna Avenue, the trail is on the former railbed. The building was demolished in the late 1970's. 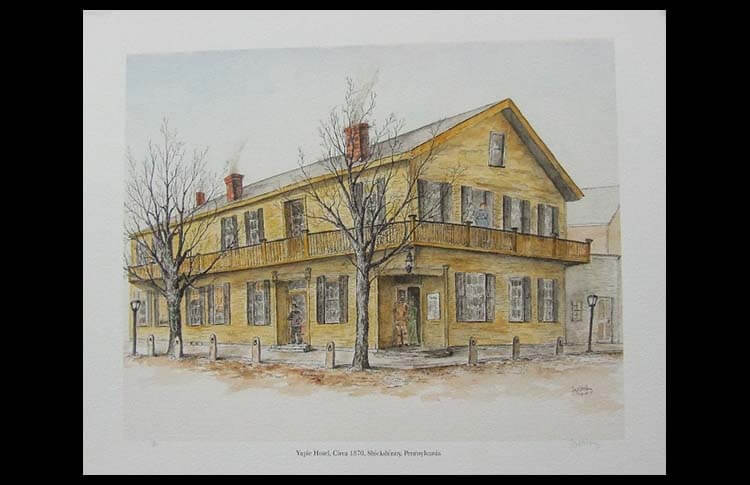 Limited edition giclee reproduction of original watercolor painting based on an 1870 photograph of the Yaple Hotel in Shickshinny, PA

This building remains commercially active and is located at the intersection of Main and Union Streets (Routes 11 and 239). It has housed hotels, department stores, a craft business, and restaurants. It is presently the home of The Upstairs Gallery and J'Angelo's Pizza. 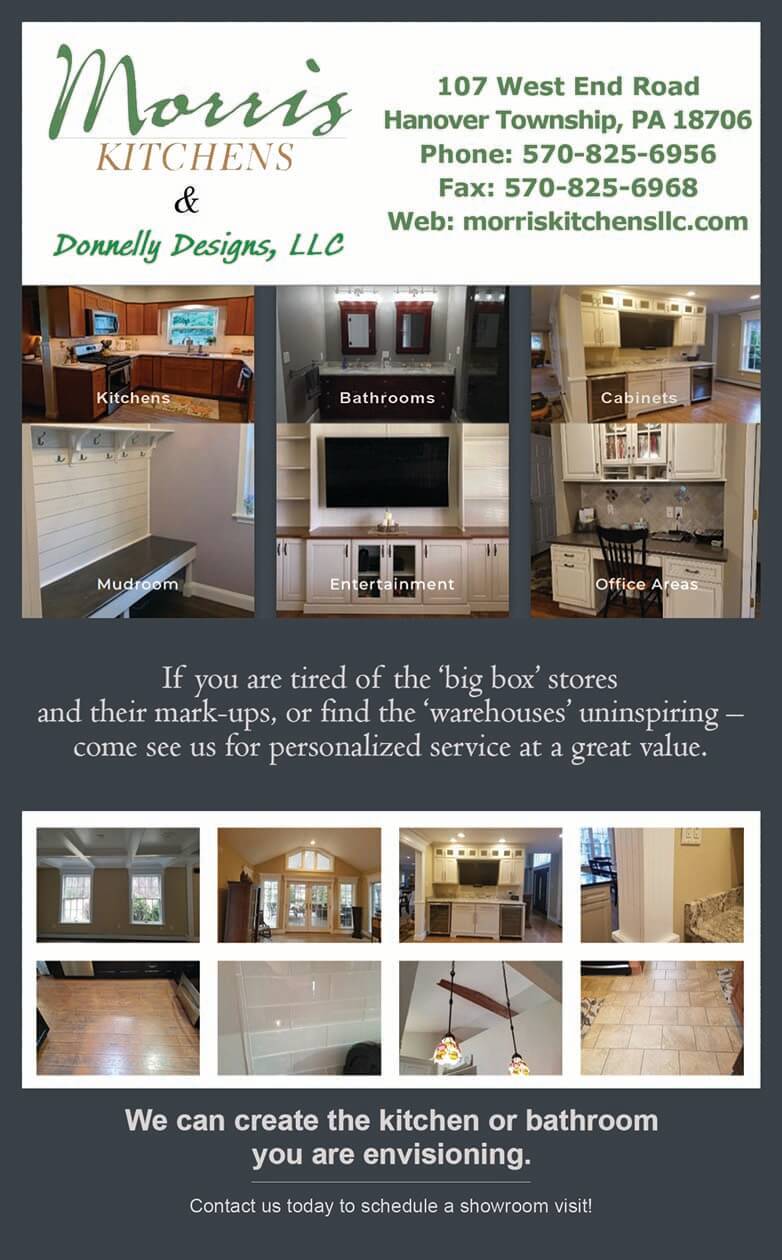